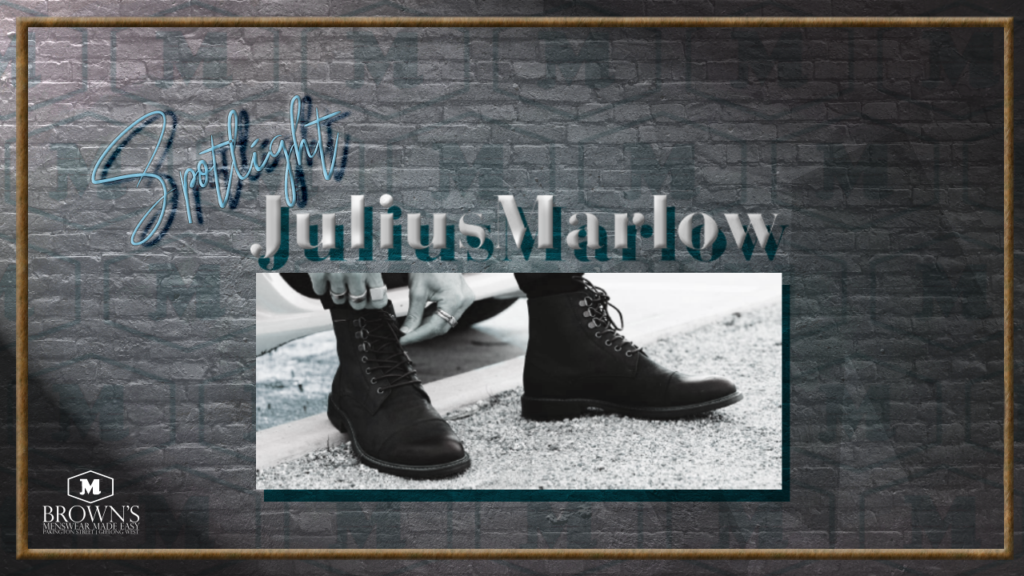 The first shoes to come out from the Julius Marlow workshop was in 1928.
The streets of Melbourne were being trod on by handmade and classic craftsmanship
in the form of leather boots made for Victorian conditions. 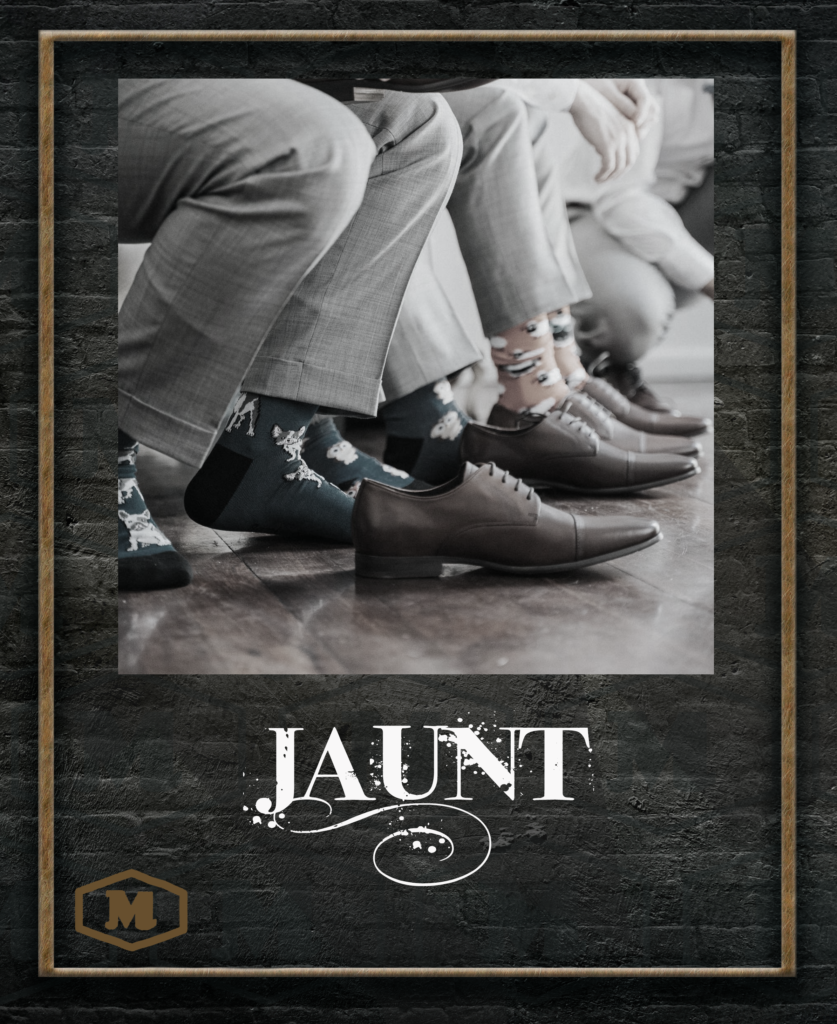 Their legacy as the “shoe of firsts” defines not just the past, but also the future.

Julius Marlow push the boundaries of what a shoe can do, and for whom it can do it – a mission and promise shaped by the progressive city that made Julius Marlow.

At Brown’s we love to embrace companies that are Australian owned and have a mandate that reflects our insistence on quality. Julius Marlow have been with Brown’s for several years as they actively follow the same ideals as we do. 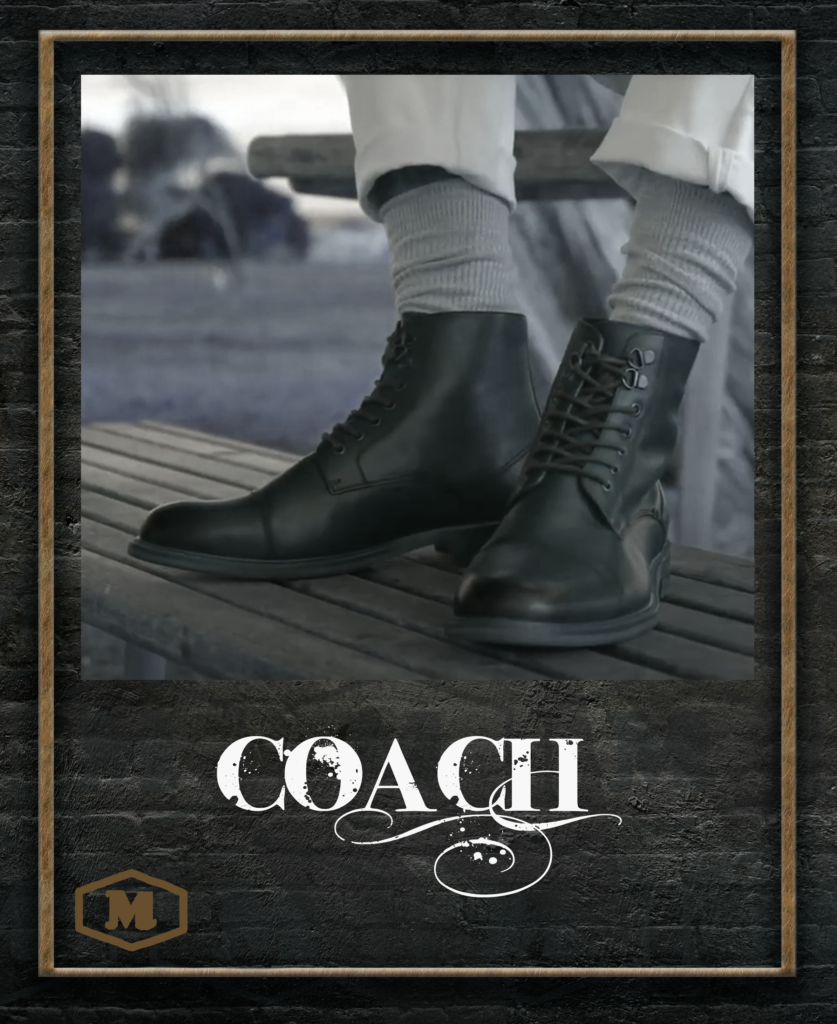 Instigating an Ethical Sourcing team,  with offices in Australian and Asia, they are dedicated to ensuring that all products are ethically sourced and that  suppliers and manufacturers treat their employees fairly in accordance with local laws, both in terms of the wages they receive and the hours and conditions their employees enjoy.

the benefits responsible environmental management delivers our employees, customers, suppliers, shareholders and the broader community. Their Environmental Sustainability Policy communicates the commitment to ensuring a sustainable environment through active management of the inputs and outputs of all processes.

The shoes and boots are as diverse as the communities of their home in Melbourne, and us on the Bellarine and Surf Coast. 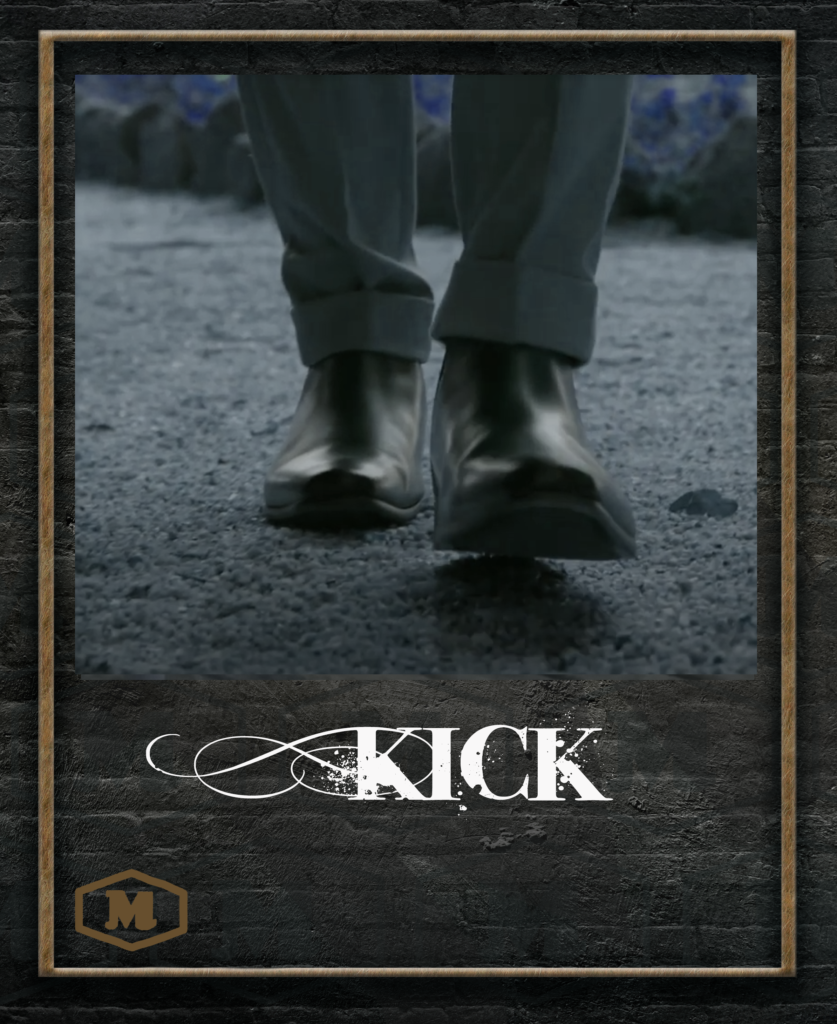 Traditional, like the “Kick” range,  to the two-tone “Scuttle” Julius Marlow produce boots that have a hint of individuality. The great thing about the “Kick”, “Utopia” and “Scuttle” is that they are easily worn with jeans as much as they can be worn with a suit or even a tuxedo! Tough as work boots, classy as dress shoes.

The selection of lace up boots and shoes are not only beautifully made but also tend to have a hint of flare just not found in other boots. The “Jaunt” is a classic dress and business shoe, whilst the “Coach” and “Calibre” pay homage to not only Docs, but also to Australian icons; the formal boots from the goldfields when Melbourne was the wealthiest city on the planet. Truly Victorian in heritage and look but 2020 in comfort and quality. A look that has never dated, and never will.

Throughout the decades, Julius Marlow have also explored new technologies. 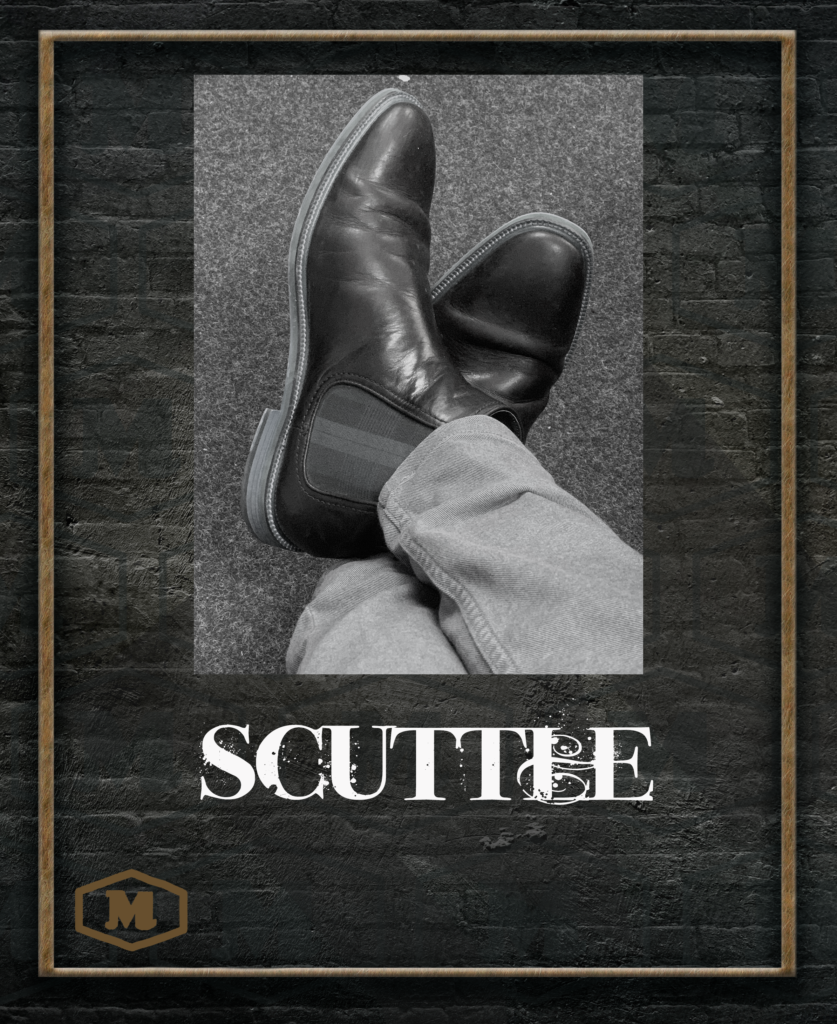 In 1946, they introduced “Crystal Sole”. A sole that is all about comfort, durability, flex and grip. A  pure rubber sole developed to offer longevity meaning you get a shoe that you don’t have to replace quickly, a shoe that ages with you and molding to your feet the more you wear them. Investing in a leather shoe should be just that, it should get better with time, not be something you have to throw away as soon as the season ends.

The herringbone serrated patterns on the outsoles are not just for aesthetics. They’re functional. They open up when your foot hits the ground, offering a point of traction regardless of whether it’s slippery underfoot.

The O² Motion secret: the air pod.
Where foams and memory foams tend to flatten and lose their cushioning, O² Motion air pods remain intact. They are there for the life of the product. 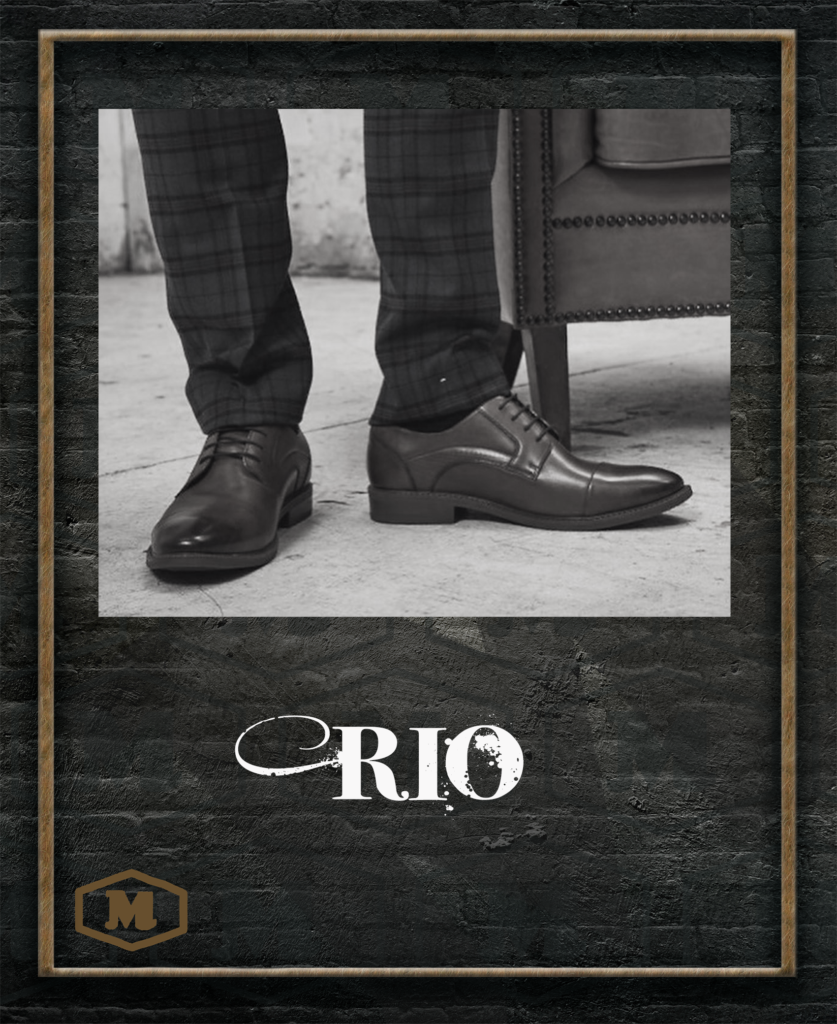 From the moment you first put on the shoe, you’ll notice the increase in comfort. The unique dual density outsole has flex curves that are designed to enhance your natural walking motion, reducing the amount of effort used with each stride.

With O² Motion shoes, you can actually see the technology.
Julius Marlow have brought the technology out of hiding, and put it exactly where it can be seen.

As they head into 2022, Julius Marlow are investigating and introducing lines of boots and shoes made from environmentally friendly materials. They will always produce the finest leather footwear, as they know it lasts for years rather than being disposable, but they want to be leading the way in new footwear technologies.

Brown’s love having Julius Marlow as one of our suppliers. They always have shoes and boots of such a high quality and if we don’t have your size in store, they are quick to get the right one to us. 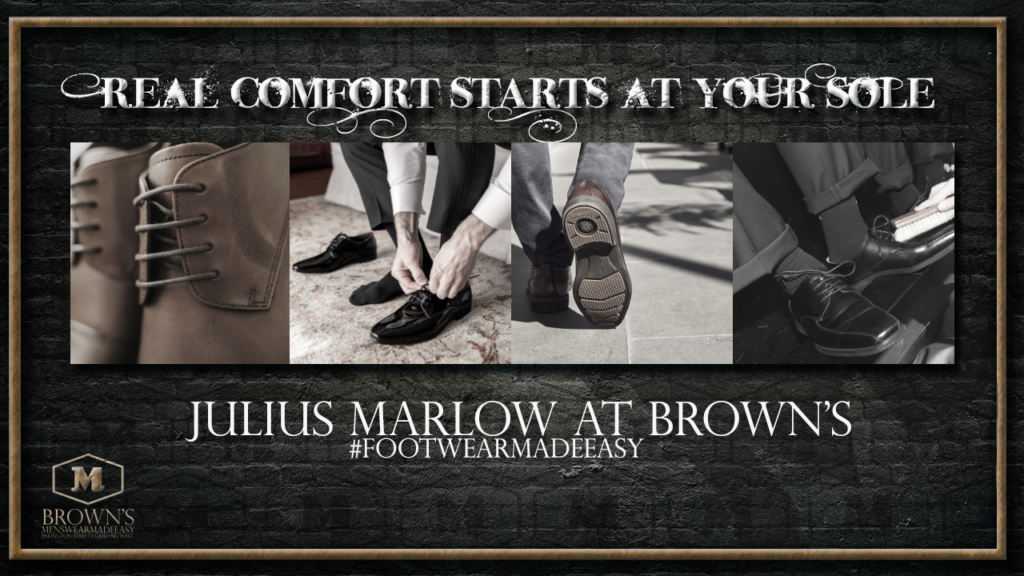 SEE WHAT OUR CUSTOMERS HAVE TO SAY

Such a great local family business that’s given caring, friendly service to our family for years. Big thanks to Wendy and Cameron for fitting out our son Liam with his first suit. At over 2mtrs it wasn’t an easy task, they helped him look and feel great walking out with a smile. 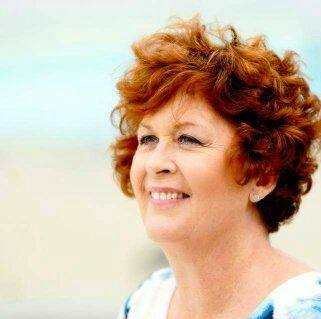 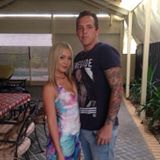 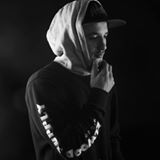 Great store ,large range of stock and size for all shapes of men . The staff is so helpful and very friendly making you feel very welcome and special . Thanks Browns Mensland very professional 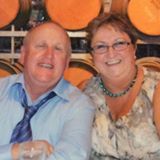 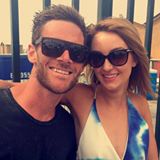 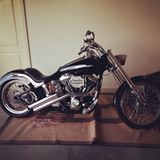 Just wanted to say a huge thank you to all the team at Browns Mensland for the suits for our fabulous wedding. We were always greeted with a smile and all the suits fit like a glove! The whole process was made so easy by the team and their good old fashioned customer service. I would highly recommend you to all! Thank you! 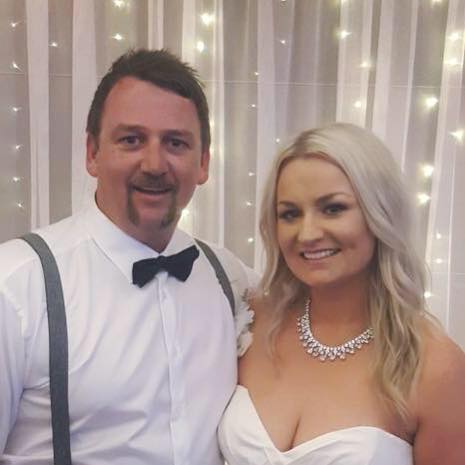 To Peter & Team thank you so very much for all your patience, kindness and professionalism. We walked in your shop quite a bit during all the planning for our suits but every time we walked out, was with a huge smile!
The boys suits were complemented all day and night and a lot of recommendings were made :)
Could not thank you all enough!
Highly recommend! A big hi-5 to Browns Mensland!! 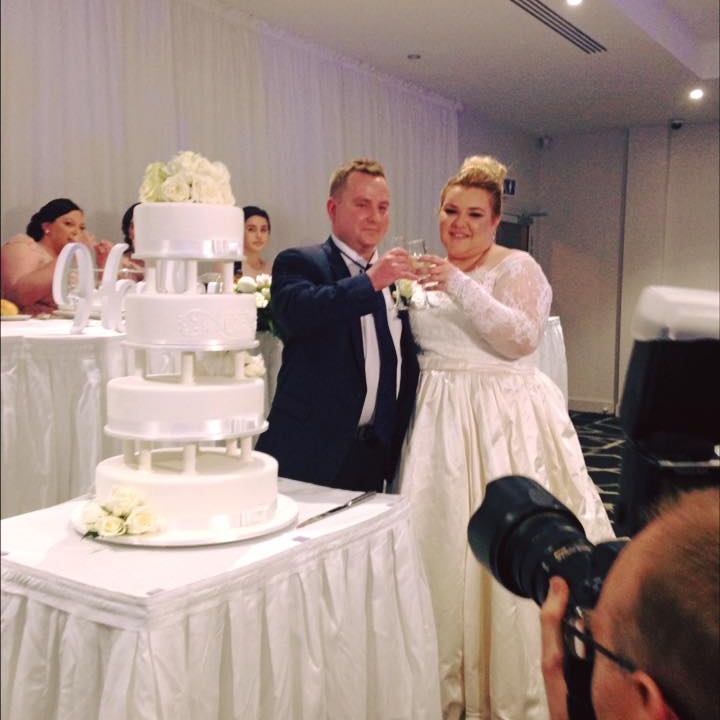 A huge thank you to Brown's Mensland especially Cameron. He went above and beyond to help suit my husband and 5 groomsmen.
From head to toe including socks, belts, shoes, pants, vests and jackets. The suits were perfect and looked great on the day.
Would highly recommend to anyone and will definitely use them again in the future.
Thanks Cameron! 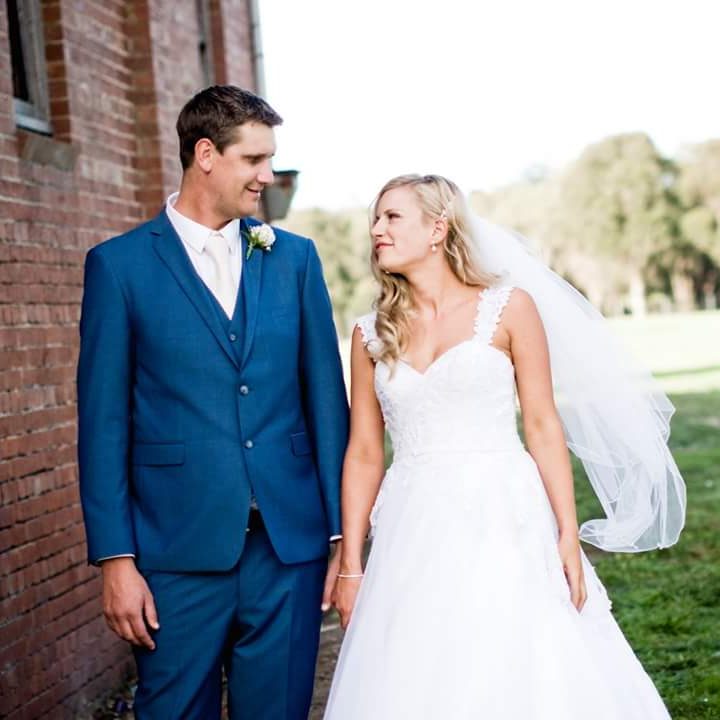 Needed a wedding suit and went into Mensland first, then went and compared some other stores before I realised I made a mistake by leaving in the first place. Cameron was wonderful from the very beginning, don't go anywhere else! 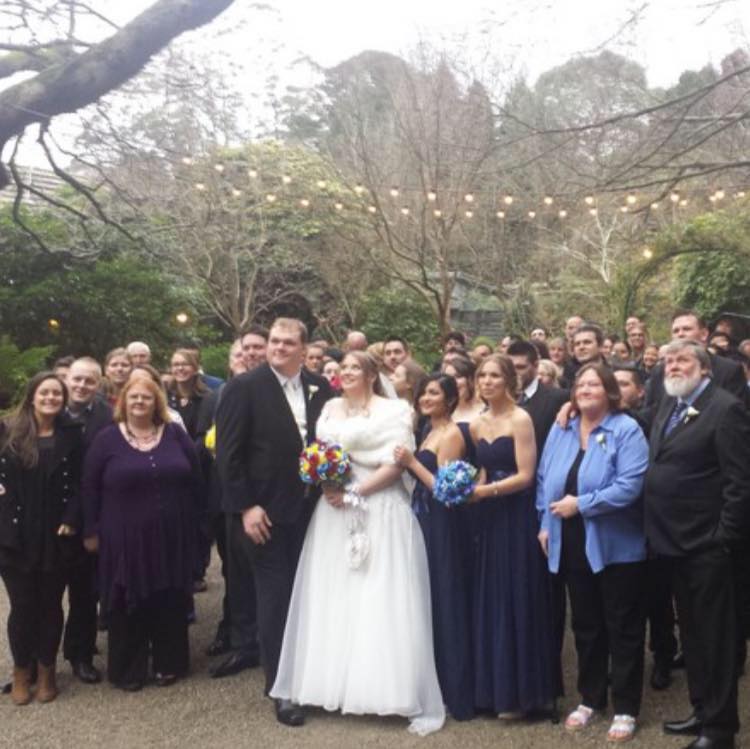 Always such a pleasure to shop at Brown's Mensland. Wonderful range of clothing for all shapes and sizes!! To Peter and his Team, Merry Christmas, and we look forward to seeing you in the shop next year. 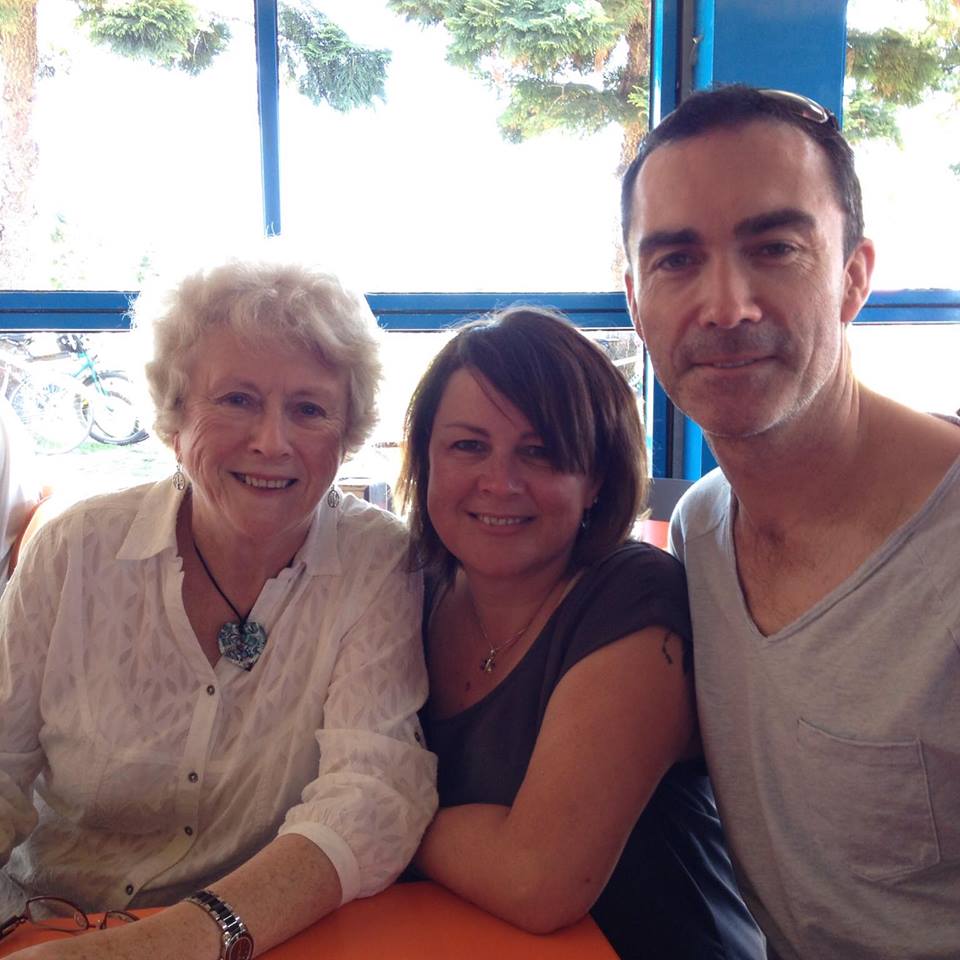 Just celebrated my sons confirmation. Came into the store. Service was excellent. Nothing was too much trouble. Both my boys looked like red carpet movie stars! Recommend Brown's Mensland to everyone. Go in and ask for 'The Dude'! You won't be disappointed! 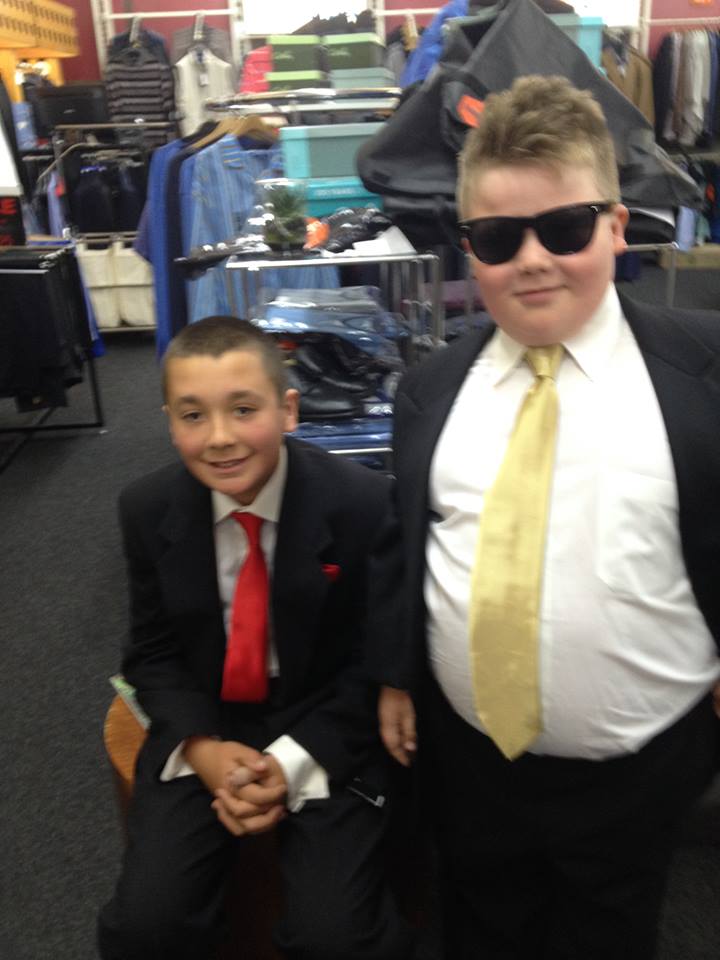 I purchased a new suit last week and the staff and service was excellent. 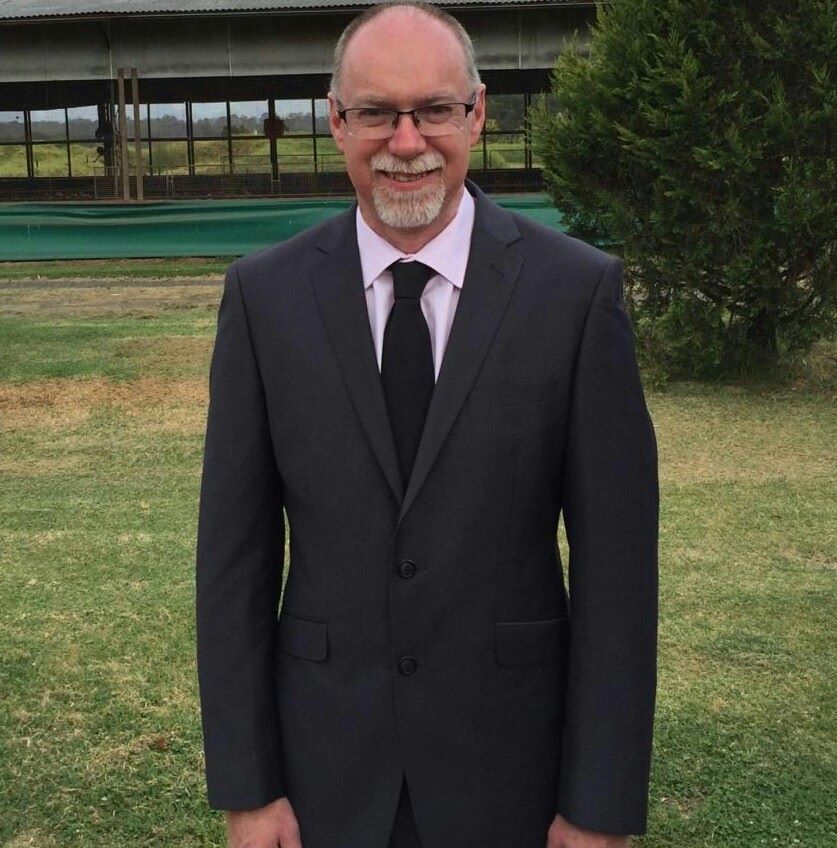 I needed something slick for my job interview. So i went and saw the great prople at Browns Mensland. Cameron showed me around and helped me get a few options for that important shirt and tie combo. He took the time to give me different looks and options and let me decide. It was quicker than i thought it would be and i was on my way. Plus i was successful in the interview!!! Thanks Browns Mensland. I'll be back soon. 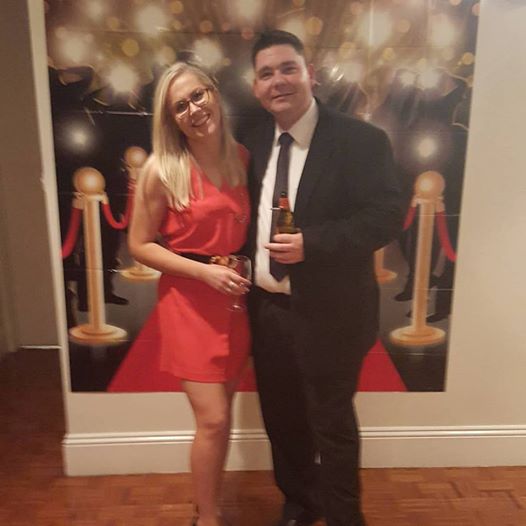 Thanks so much to Cameron for organising our boys' groomsman outfits. With some logistical difficulties involving groomsmen from all over Victoria, Cameron was nothing but patient with us! The extra detail when it came to accessories and preparation for our day was nothing short of impeccable. My husband has found 'his shop' for any future formal needs. You will definitely see us again 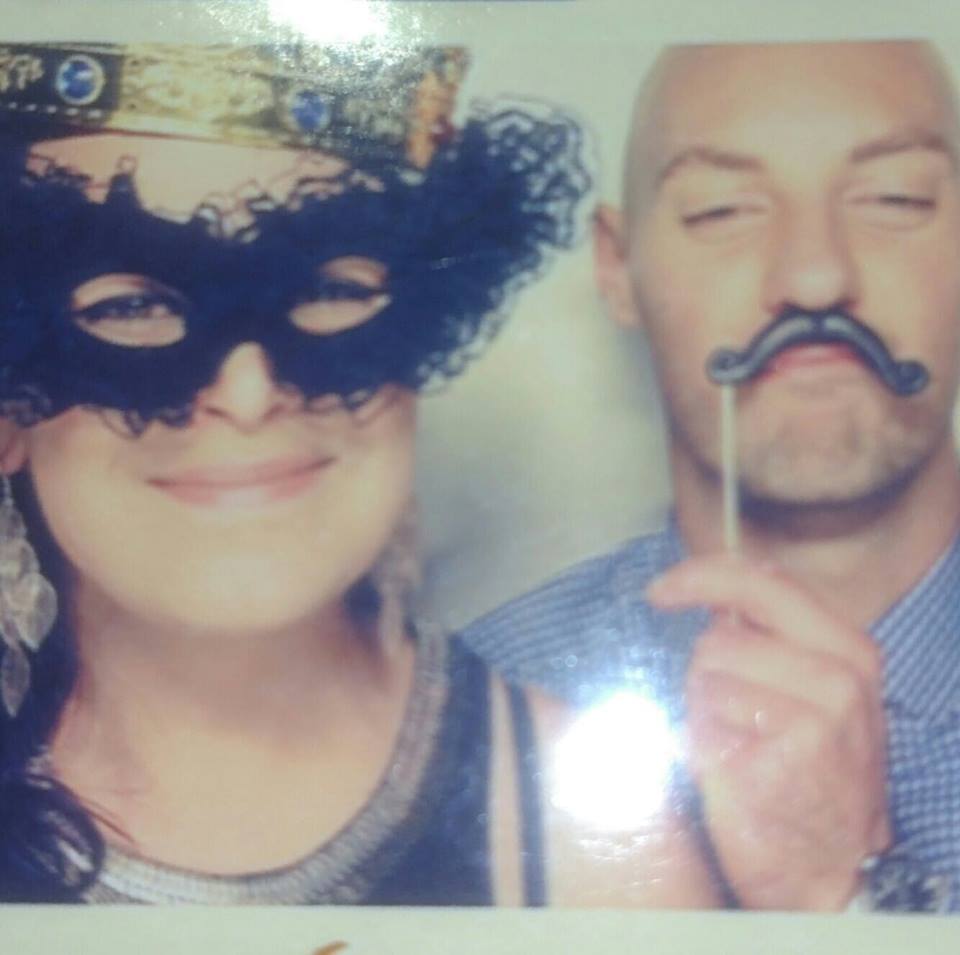 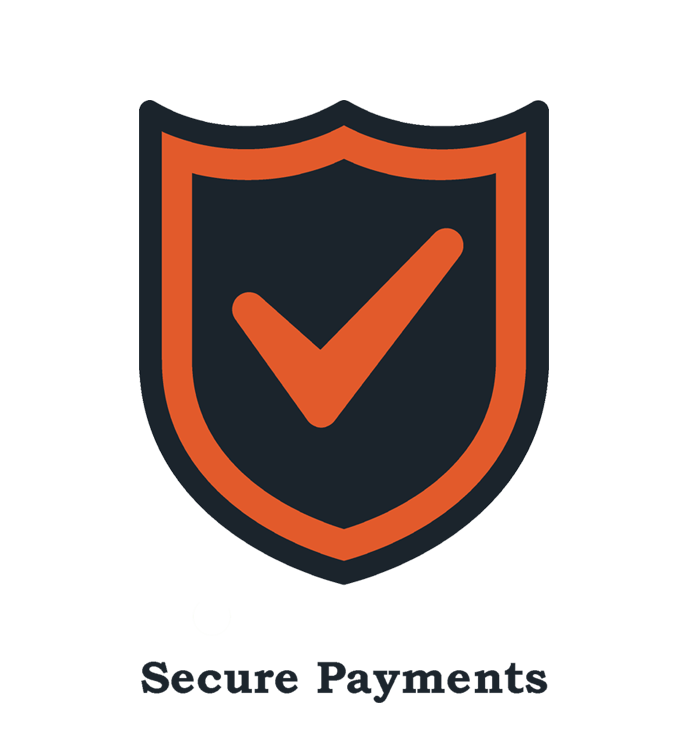 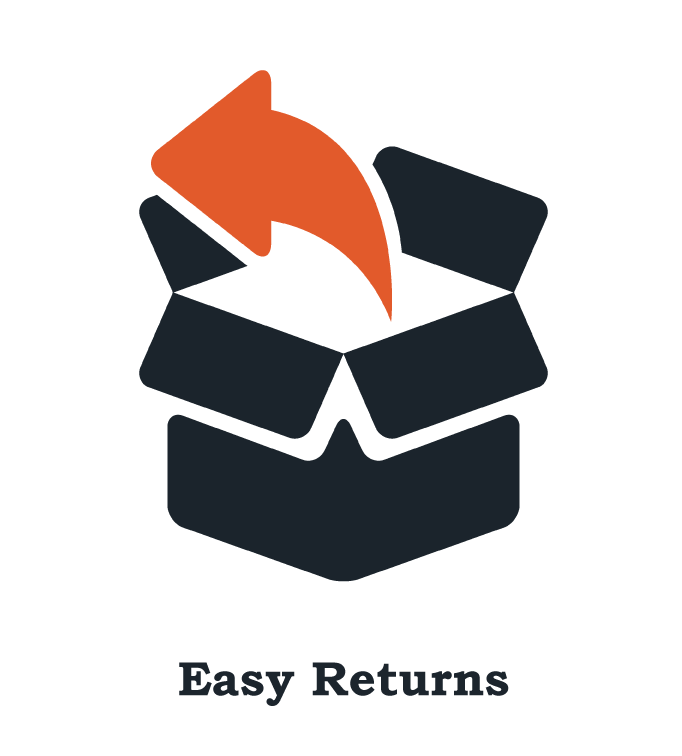 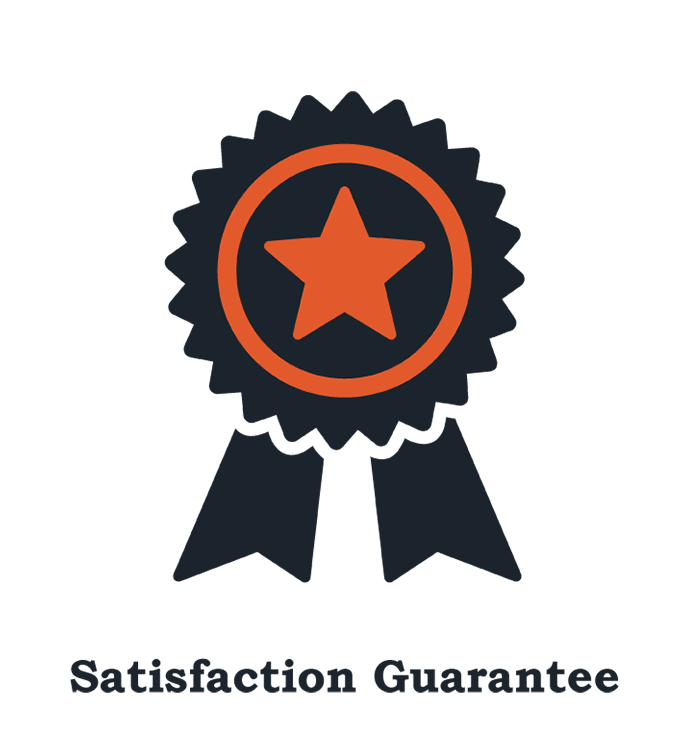 And gain access to the latest specials and offers exclusive to Brown’s Mensland.